China container factory found that the abnormal fluctuations in container demand stemmed from the mismatch of the global economy, which was caused by the combination of the epidemic and the imbalance of US policies. On the one hand, the three rounds of financial subsidies for residents in the United States from 2020 to 2021 will stimulate a step-by-step recovery of consumption. At the same time, supply-side repairs are lagging behind, resulting in the substitution of commodity consumption for service consumption, and the substitution of overseas manufacturing for domestic manufacturing in the United States.

Substitutes have been generated, driving the growth of the total demand for container transportation. On the other hand, the global epidemic situation is one after another, the development of the epidemic situation and the rhythm of economic recovery between regions are different, the production in Asia is leading the repair, and the demand for container transportation is concentrated in the Asian market, forming a structural increase in demand, but as the epidemic situation improves and the economy gradually recovers, This part of the alternative demand will gradually return.

In general, there are two main drivers of demand – US policy and the epidemic. What can be judged now is that in September 2021, the US epidemic subsidies fully expired, and the continuity of the policy is not strong. On the one hand, under the stimulus of three rounds of financial subsidies, the nominal growth rate of U.S. household consumption has basically returned to normal.

As of October 2021, the two-year compound growth rate has rebounded to 5.2%. However, the actual consumption needs to exclude the impact of inflation, and the actual compound growth rate is basically stable at more than 1%. Although there is still a gap between the level of more than 2% before the epidemic, the difference is not too big. Under this circumstance, inflationary pressure is more prominent, and the policy inclination has been adjusted in direction. The Fed’s Taper plan will accelerate in December, and it is expected that there will be three interest rate hike plans starting in mid-2022. The continuation of subsidies lacks a relaxed policy environment.

On the other hand, there is no need to continue the subsidy policy. First of all, consumption has basically recovered. If the policy atmosphere continues to be loose and inflation continues to deteriorate, the negative feedback on the economy will also increase, which will outweigh the gains. Secondly, the epidemic allowance has formed a very obvious negative feedback on the employment side. The high subsidies have suppressed the willingness to work to a certain extent. One month after the three subsidies were issued, the number of employed people has declined significantly. Once the subsidies continue to be issued, it will further deepen the contradiction between supply and demand. Therefore, no matter from the perspective of economy or employment, there is no need to continue the subsidy policy.

The policy environment has turned, the consumption momentum has weakened, and the demand side of the US economy is facing certain pressure. Judging from this, the top of container shipping demand has appeared, and it is expected to show a downward trend in 2022. However, there are still repetitions in the rhythm. On the one hand, the demand for container transportation still has certain characteristics of off-peak seasons. Among them, January-February, June-September, and December are seasonal peak seasons, and peak seasons still support demand obviously. On the other hand, there are still epidemic disturbances on the demand side. The repeated epidemics and their uncertainty will continue to constrain the job market, consumption structure and demand for replenishment of warehouses, and there may be twists and turns in the decline of container shipping demand.

2.2. Multiple factors are disturbed, and there are twists and turns in the fall in demand

2.2.1. The epidemic will not disappear, the disorder will continue

Distortions in consumption structure and import and export structure still exist. Policies have been tightened and consumption momentum has weakened, but the split phenomenon in the consumption structure has not seen significant improvement. The divergence between employment in the service industry and the growth rate of household consumption is still serious, and the proportion of commodity consumption and the substitution trend of commodities for services are still continuing. Further, there is also a divergence between manufacturing employment and the growth rate of commodity consumption. The gap between production and sales continues. Inventory replenishment drives import growth, which supports the demand for Logistic Equipment Container transportation.

Due to the repeated epidemics and the continuous iteration of the coronavirus, the future of the epidemic will belong, and it will be difficult for the labor market to recover before the epidemic is completely resolved. Before the epidemic is over, the distorted relationship between consumption structure and import and export structure will further support the demand for containers. In addition, once interest rate hikes are on the agenda, employment will face the risk of continued deterioration. Coupled with the potential impact of interest rate hikes on the trend of the U.S. dollar, the consumption structure may be further distorted, and the import and export gap may continue to expand. 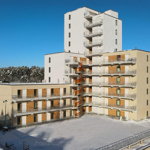 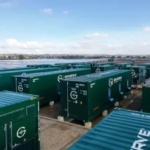