2.2.2 The bullwhip effect of inventory replenishment cannot be ignored

U.S. merchandise inventories are low. As of October, the two-year compound growth rate of nominal U.S. commodity inventories was about 4.4%, basically recovering to the mid-to-high point in 2019, but inventory recovery was more due to the contribution of “price” rather than “quantity”. If the influence of inflation is excluded, the compound growth rate of actual inventory is only about 1.1%, and the inventory is still low. From the perspective of explicit inventory, there is still room for further replenishment of U.S. goods.

However, most of the inventory was stuck in the supply chain, and the actual inventory was significantly underestimated. The employment problem has caused the supply to be sluggish, and the turnaround time of goods has been greatly prolonged. For example, for goods exported from Asia to the United States, the combined time of land and sea transportation has been extended from about 1 month to 2 months, and a large amount of goods has been backlogged in all aspects of the supply chain.

If you count the “hidden inventory” that has been accumulated, the total inventory may not be too low. Therefore, problems in the supply chain have magnified the inventory contradiction to a certain extent, the inventory level has been underestimated, and the scale of replenishment has been increased.

On the other hand, the existence of the bullwhip effect may further increase replenishment efforts. The bullwhip effect refers to the gradual amplification of small changes in demand as they are transmitted through the supply chain. For example, the inventory ratios of manufacturing, wholesale and retail industries are more distinct; manufacturing finished products, intermediate products, and raw material inventories have formed a strong and weak pattern of raw materials>intermediate products>finished products after the pandemic. These are all bullwhip effects caused by replenishment. Similarly, commodity imports are also affected, so before the replenishment is completed, the bullwhip effect will continue, resulting in an oversupply of inventory and an overshoot of imports.

Similarly, once the actual inventory returns to normal, the bullwhip effect will reverse, coupled with the gradual resolution of supply chain problems and the release of inventory backlogged in the supply chain, the demand for replenishment will shrink rapidly, and the demand for imports and container transportation will also accelerate.

2.2.3 Continuation of structural contradictions in demand

As of December 2021, the global outbreak has triggered a total of two distinct rounds of substitution, in April 2020 and June 2021. The most recent substitution occurred in June 2021. The delta strain first discovered in India caused a new round of epidemics around the world, of which Southeast Asia was the hardest-hit area. Therefore, this round of substitution is mainly manifested in Chinese manufacturing versus Southeast Asian manufacturing. industry alternative. Substitution is concentrated in the electromechanical and textile industries, which are the two most important and similar industries in the industrial composition of China and Southeast Asia.

Although in theory, this replacement is only temporary. The epidemic has disrupted the supply chain, reduced the stability of the supply chain, and increased production costs in disguise, resulting in the transfer of manufacturing orders. But the epidemic has not changed the industrial differences between countries unless the epidemic causes a large-scale retreat of production capacity or a large number of labor losses. Therefore, in theory, the substitution caused by the epidemic is only temporary, and will gradually return as the epidemic improves or the epidemic becomes normalized. This can be verified by the trend of electromechanical and textile industry data in China and Southeast Asia in the first round of substitution.

However, the development of the epidemic has exceeded expectations. On the one hand, the world’s major economies are helpless in the face of the delta strain. On the other hand, the new Omicron strain discovered in South Africa has a higher infection rate than the delta strain, causing a global panic. At the same time, it is inevitable that we will re-evaluate the interpretation path of the future epidemic.

The continued mutation of the virus will hinder the normalization of the epidemic, and the uncertainty will increase, which will highlight the stability of the supply chain in Asia, mainly China, and the value of this stability. Demand for Asia, especially China, will be a continuous increase. For example, the epidemic situation in regions outside Asia has been one after another, and the trend of differentiation between Asian container exports and other regions has continued to this day. Therefore, we believe this structural increase will continue to support the Asia/China container export market in 2022. 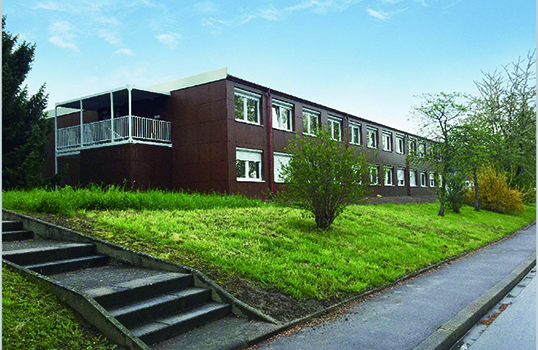 About the characteristics of expandable container homes 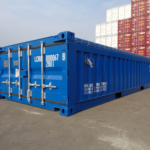 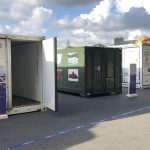 Yangzhou base participates in “Intermodal ASIA 2021”