China container factory found that the performance of the container shipping market in 2021 will further exceed market expectations. Supported by the peak season at the end of the year and the continuous fermentation of the shortage of containers, the freight rate increase in January-February before the Spring Festival in 2021 will continue. The traditional off-season from March to April is approaching, but the demand for replenishment of warehouses in Europe and the United States remains strong, and the freight rate performance is not weak in the off-season. From May to June, a new round of financial subsidies in the United States was issued, which stimulated consumption and also dragged down the recovery of employment. The prolonged transportation cycle and the potential concern about the shipping space during the peak season led to the peak shipping season ahead of schedule, and Asian container exports peaked in May.

During July-August, we entered the traditional peak season, and overseas epidemics came in waves again, so the demand for alternatives revived. In addition, the congestion at ports in the United States and the West intensified, which led to a further deterioration of the supply and demand of containers, which drove up freight rates. However, typhoons occurred frequently in the Chinese waters, and Southeast Asia Due to the local port blockage caused by the epidemic, there has not been a significant increase in container shipments in Asia during the period. The backlog of orders was gradually released as the weather factor cleared, and the container shipment volume in Asia rebounded to a high level in September. In addition, the port bottleneck problem became more and more prominent, and the freight rate continued to rise.

From October to November, the traditional off-season was superimposed on the impact of China’s power and production restrictions, and the release of panic caused a correction in freight rates, but orders in the peak season were still delayed. In addition, the decline in freight rates led to a recovery in the export market, and the transportation demand was not weak in the off-season. The callback space is limited. In December, affected by the traditional peak season and the supply-side problem still persisted, the freight rate rebounded slightly.

Looking back on the whole year, it is not difficult to find that the seasonal characteristics of the container shipping market have become blurred, and the core driving force of freight rates has also changed to some extent. The freight rate is not weak in the off-season and more prosperous in the peak season.

The peak season for container shipping is usually July-August and December-January each year. Affected by the continuous stimulation of financial subsidies and the unsmooth supply chain, the social inventory in the United States has always been low, the power of replenishment has been continuously transformed into import demand, and the annual shipping volume has remained at a high level. On the supply side, there has been a continuous decline in incapacity due to the vicious circle of port congestion. Under the tight supply and demand pattern, the off-season is compressed, the off-season is not short, the peak season is extended, and the peak season is more prosperous.

From February to March and from October to November, the freight rate did not decrease significantly, and the freight rate trend was firm with a small decrease. On the other hand, the core driving force of freight rates has shifted from demand to supply, and the deterioration of port congestion is the main reason for this shift. There are two catalysts, one is the mobilization of shipping capacity stimulated by profits, and the other is the continuation of a series of emergencies Shock, port congestion worsens, exacerbating the shortage of capacity.

The profit gap between the routes has led to the adjustment of the capacity structure. At the same time as the withdrawal of the capacity of the domestic trade in Asia, the north-south route, and the east-west sub-trunk routes, the transport capacity of the trans-Pacific route has increased. Beginning in the third quarter of 2020, the scale of the trans-Pacific fleet has continued to repair.

As of the third quarter of 2021, the proportion has rebounded from a low of 17% in the second quarter of 2020 to 23%, and the theoretical capacity has increased by 18.0% year-on-year. However, the redistribution of transportation capacity not only fails to improve the efficiency of resource allocation but also caused resource waste. A large number of ships arrived at the port, and the pressure on the port increased sharply, which formed negative feedback on the supply and caused a further shortage of actual shipping capacity.

In 2021, the U.S.-Western route basically remained fully loaded. According to the cargo volume, the actual capacity of the trans-Pacific route in the third quarter of 2021 only reached 74.8% of the theoretical supply, an increase of only 9.6% compared with the fourth quarter of 2020. However, the tight supply and demand pattern on the trans-Pacific route had not improved but has even had an external impact, resulting in a tight global capacity.

A series of emergencies have exacerbated the disruption to the Offshore Container supply chain, with the Suez Canal stranding and the China Sea typhoon being the main disruption factors. Whether it is the interruption of the Suez Canal due to the grounding of the port, or the frequent occurrence of typhoons in China from June to October, which leads to delays in shipments at some ports, although the event window is not long, it will undoubtedly make the container supply chain worse. Tensions such as delays in shipping schedules, the concentration of arrivals, and port congestion. 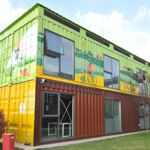 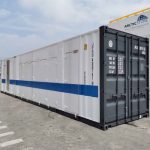 Efficient Side Open Container: The Perfect Way To Store All Your Belongings! 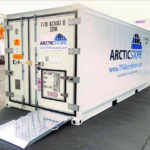