Container Producer: How Did The Containers Change The World?

The Economist says, “Without containers, there would be no globalization.” How does this seemingly ordinary invention affect the entire industrial chain and then promote the process of globalization? As a professional Container Producer, CIMC Yangzhou base will tell you how did the containers change the world?

Barbie is considered a genuine American girl, but she has never been in reality. When she was invented in 1959, Mattel arranged her production in a factory in Japan. A few years later, Mattel added another factory in Taiwan, and a large number of Taiwanese women sewed Barbie clothes at home. By the mid-1990s, Barbie’s “citizenship” had become more difficult to confirm. Workers in China made her figure, but the molds used came from the United States, and the rest of the machinery came from Japan and Europe. Barbie’s nylon hair comes from Japan, the plastic that casts her body comes from Taiwan, the dye comes from the United States, and the cotton clothing comes from mainland China. Although Barbie is just a simple doll, she already has her own global supply chain. Supply chains like Barbie’s are a direct result of the changes brought about by the rise of container shipping. Containers are at the heart of a highly automated, low-cost and low-complexity cargo transportation system.

We’ve all read a book, The World Is Flat, while feeling the impact of the global economy firsthand.

Now we know that the container is the most advanced tool of modern logistics, it accelerates the turnover of goods on a global scale, and also accelerates the adjustment of industrial structure on a global scale. The interaction between containers and global economic integration has improved the efficiency of logistics with speed and scale, improved the efficiency of international trade and even the operation of the world economy, and then changed human life, allowing everyone on the planet to share the benefits of containers. Just sixty years ago, global supply chains were unimaginable to anyone.

Before the rise of container transportation, the wharf was the most important place for cargo transportation. Groups of workers jumped onto the deck carrying the goods, and stacked all kinds of goods in the bottom warehouse of the ship. It was the job of the wharf stevedores to load these things onto the ship. ——The handling of goods is complicated, difficult and expensive. To reduce the cost of cargo handling, the solution is obvious: why not pack the cargo into large boxes and unload and move them together? And so the first containers appeared – but contrary to assumptions, containerization initially brought little cost savings. While everyone agrees that packing goods into containers is a very smart idea, no one thinks containers will spark a revolution in shipping. At most, people think that containers can help ships to regain a little domestic freight business. When shipping companies promote Refrigerated Sea Containers, they only regard containers as appendages of the original business. It is just a new form of cargo.

The most knowledgeable experts at the time were also unable to correctly judge the development of container shipping. As shipping companies, dock unions, trucking companies, port management, and large industrial enterprises have made adjustments through decades, especially after the establishment and effective implementation of relevant standards, the development of container technology has an impact on the transportation industry and the world economy. It was so big that it surpassed even all the ardent supporters at the time.

Containers improve logistics first and foremost in reduced inventory levels: more efficient and reliable transportation allows companies to no longer require waiting goods to arrive weeks or months in advance, greatly reducing the time for these goods to become inventory, thereby saving a lot of money that cannot flow on these inventories.

The uncertainty caused by piece-by-piece shipments, delays at docks, and complex and chaotic transfers between trucks, trains, planes and ships has made cargo movement unpredictable in the past. And manufacturers couldn’t risk believing that shipments from far-flung suppliers would arrive on time, and had to keep large inventories of parts to keep production lines running.

Containers combined with computers greatly reduce this risk. Now, corporate can factor in wage levels, taxes, subsidies, energy costs, import duties, and shipping times and guarantees, and choose the most cost-effective place to manufacture every component and every retail product.

Also transportation cost is still a factor in the cost equation, but in many cases it is no longer that important. In this layout of the international division of production, the manufacturer or retailer at the top of the chain will find the most economical place for each part of the process.

High transportation costs have acted as a trade barrier, much like high import tariffs, protecting domestic production workers from losing their jobs to foreign competition in the past, but this puts higher prices are imposed on consumers. The economics of container shipping determine these global supply chains in unique ways.

How a robust technology can become a reality on a global scale requires more global cooperation, including broad and deep cooperation among governments, businesses and NGOs.

Due to technological changes and improvements in navigation in the 19th century, the dramatic drop in shipping costs drove a huge increase in world trade and a greater urgency for Europe to establish new colonies. Container shipping has played an equally huge role in boosting trade and economic development. And as with steamships, railroads, and airplanes, government intervention has both facilitated and hindered the development of containers.

It was only over time, when container shipping developed into a whole new system of land and sea freight, that it began to have an impact on trade patterns and business location. Containers didn’t change the world until companies learned to take advantage of the opportunities they created. Once the world started to change, it changed very rapidly: the more organizations adopted containers, the more costs fell, and the cheaper and more common container shipping became. Basic factors of production such as capital, labor, and land have become less attractive to those who expect to understand why economies grow and prosper. The key question people are asking today is no longer how much capital and labor an economy can amass, but how innovation can help us use those resources more efficiently to create more goods and services.

3. The link between transportation costs and economic geography is the question of “who makes what where”. When shipping costs are high, manufacturers are primarily concerned with locating their plants close to their customers, even if that means cramped plants or higher operating costs. When transportation costs fall relative to other costs, manufacturers can relocate (domestic first) to reduce other costs that are more prominent. Logically, the proliferation of economic activity without regard to national borders, i.e. globalization, would be the end of the process. The full-speed rush to containerization in the transportation industry can very well prove that this new transportation technology has significantly reduced costs. 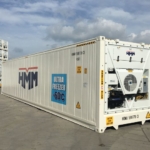 How Much Do You Know About Container Parts?

Why Choose a Modular Building?