What Are The Risk Factors For Military Special Container Transportation?

The object of military transport is mainly military materiel necessary for the troops’ training, combat, and life. A significant proportion of them is dangerous goods with flammable, explosive, corrosive, poisonous, and radiological characteristics.

Although military special container transport is very adaptable to military equipment, improper delivery may also lead to container transport accidents, especially when dangerous military goods have a wide variety of different performances. If not assembled following the technical requirements or the necessary safety isolation measures, it will inevitably lead to transport wind Risks up.

When container doors are locked, it is challenging to correct improper stowage during transport, and minor carelessness can lead to catastrophic consequences, resulting in significant losses of military equipment and even the successful completion of the entire combat mission.

The transport of military equipment from warehouses or military factories via containers to troop users often involves multiple modes of transport and numerous transport links, including rail, water, road, and air. Therefore, an effective military particular container transport system can be formed only if all transport links are organically integrated within and between transport links.

Differing management methods for different modes of transport, coupled with the unpredictable operation of means of transportation such as trains, ships, automobiles, and airplanes, have resulted in complex trans-shipment, connection, and organization of containerized transport.

Although the container structure is strong, damage to military equipment and the case can also be caused by poor lashing or sharp movement of the contents of the container by impact and friction.

The military special container operates poorly and is highly vulnerable to terrorist attacks and military attacks.

As seen from the wars in Kosovo, Afghanistan, and Iraq, military strikes against traffic facilities to interrupt the movement of military supplies from the other side have become a common military means of modern warfare. Moreover, the long transport chain of military special containers involves different modes of transport and their interconnection, making the military particular container’s task of protecting against terrorist attacks and military strikes even more demanding.

In addition, the risks of natural disasters are not the same for different modes of transport, which makes it challenging to prevent the transport risks of special military containers, such as mudslides in railway and road transport, wind, and waves in maritime transport, and tsunamis. Increase.

Military special container material loading is mainly carried out in our military’s station, port, airport, and other safe areas. Its good loading operation conditions can ensure the smooth implementation of container loading operation.

In the future modernization war, the warfare’s burst, variability, destructive, and consumability of materials are greatly enhanced. Fixed loading and unloading equipment in stations, ports, airports, and other places is highly vulnerable to destruction by the enemy. At the same time, the handling conditions in tactical security are harsh, and there is no fixed handling equipment available. In addition to the field, the environment is uneven, and the job site often changes. Field handling machinery must have Off-road performance, fast running speed, safe and convenient operation.

With the increase in the consumption of war materiel, military special containers are developing in the direction of large-scale and standardized. As a result, the demand for extensive loading and unloading equipment continues to grow. In addition, the demands on handling capacity are increasing, resulting in the unloading task of military special containers in a field environment being very demanding and more complex.

At present, our military’s existing field loading and unloading machinery is difficult to meet the emergency rapid unloading needs of military special containers in the field environment in both quantity and quality, which makes it difficult to ensure the safety of special military container transportation. 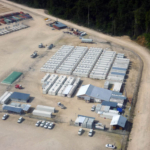 What Are The Advantages And Disadvantages Of The Modular Living Quarter? 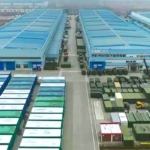